The Swedish steel industry has been working actively on environmental issues since the 1960’s and major improvements have been made. The production and treatment processes are under continuous development in order to minimise the environmental impact on the air, water and the ground.
Read more about the steel industry’s energy and environmental work.

The steel industry’s products are a necessary precondition for the development of the sustainable society. While the process of iron and steel production can lead to certain negative consequences for the environment, the finished product is more environmentally sensitive when one looks at the entire life cycle of the steel produced.
Read more about how steel creates environmental benefit.

The quantitatively largest airborne emission from the steel plants is carbon dioxide (CO2). Carbon dioxide emissions derive, above all, from iron ore reduction that takes place in blast furnaces and sponge iron plants; emissions consequently follow the production fluctuations of ore-based steel. Emissions also come from the use of fossil energy in e.g. reheating and heat treatment furnaces.

Through continuous research and by introducing optimising measures the utilisation of coal in the blast furnace process is made even more efficient; today this lies near what is theoretically possible.

The industry’s use of oil is decreasing through the changeover to gas and electricity where this is possible. The increased scope for using liquid natural gas (LNG) means that more and more steel companies are converting from oil to natural gas. Increased use of gas has led to reduced emissions of carbon dioxide but also to a decrease in nitrogen oxide and particulate emissions. The conversion to natural gas also enables the use of biogas when it is available.

The energy efficiency of industrial processes and support processes - combined with an effective use of residual energies - can also contribute to reduced emissions, both within company operations and in society as a whole. This is an ongoing task underpinned by research, a structured working method and a positive regulatory framework.

Emissions of nitrogen oxides (NOx) arise mainly in coking plants, electric arc furnaces, reheating and heat treatment furnaces, during pickling based on nitric acid as well as during transportation. The high temperatures which are necessary within the iron and steel industry mean that the formation of nitrogen oxides are hard to avoid during the fuel combustion processes since the nitrogen is in the air.

The specific emissions of nitrogen oxides were cut by about 40 per cent during the period 1992-2002; subsequently these have been relatively constant. This reduction has been achieved through a number of measures: the phasing out of sinter plants in Sweden, the use of low NOx burners or oxy-fuel burners in reheating furnaces and the use of hydrogen peroxide in pickling baths with nitric acid.

The changeover from oil to natural gas in reheating and heat treatment furnaces offers scope for additional reductions.

Emissions of sulphur dioxide (SO2) are directly related to the combustion of oil, above all in reheating furnaces and for coke production.

Specific emissions of sulphur dioxide have declined by about 60 per cent since 1992. The reduction has been achieved e.g. through using oils with lower sulphur content and the changeover from oil to greater use of gas.

The sulphur emissions at the ore-based steel plants declined considerably when sinter plant operations were closed down in Sweden and iron ore pellets started to be used instead. Furthermore, improved technologies for the desulphurisation of coke oven gas also contribute to this reduction.

Dust is formed in most of the steel industry’s processes, especially where coking plants and blast furnaces are concerned. Development of dedusting technology, filters and ventilation systems have resulted in dust emissions being sharply reduced. Installed filters, as a rule, can remove over 99 per cent of the dust particles that accompany the extracted furnace gases.

The dust is separated, taken care of and largely reprocessed of its metallic content (zinc, nickel, chrome, molybdenum), all of which makes the dust into a valuable by-product.
Read more about dust as a by-product. 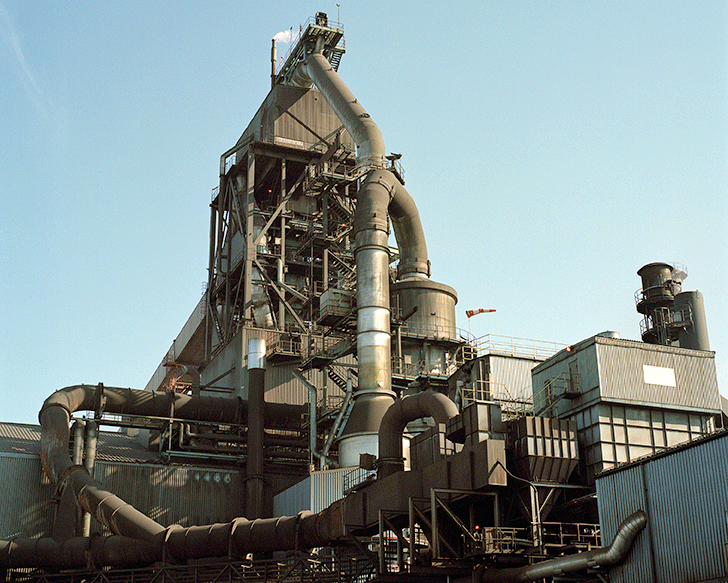 Blast furnace with plant for cleaning of flue gases.

Since 1992, actual and specific emissions of dust have declined by about 80 per cent. Metal emissions mainly accompany the dust and have also declined correspondingly; this can be seen from the studies of moss that have been carried out over several decades.

Dust emissions are no longer adjudged to be any major environmental problem within the steel industry. It should be pointed out also that present-day purification technology, including dust handling, is costly and energy-intensive.

Certain emissions, e.g. dioxins, which – to a large extent – are bound to the dust particles, can be cut through effective separation of dust and temperature control of flue gases combined with filters. Dioxin emissions are very hard to measure, however, which was shown in the measurement study that the steel plants carried out in 2005.

The principal area of application for water is in cooling processes. Process water is used for the cleaning of process gases, as a lubricant, for cleaning and pickling. A smaller amount of water for sanitation purposes is also used.

Sea water is used, where it is available, mainly for indirect cooling by heat exchangers. This means that the water can be discharged again without it being affected by more than a minor temperature increase. In other cases, surface water is used from lakes and watercourses for cooling processes. Water from surface sources is also normally used in steel plants as process water; after cleaning via e.g. sedimentation and oil water separation, it can achieve a recycling rate of over 90 per cent.

Municipal water is used for sanitation purposes and, to a small extent, as process water.
Read more about water-related environmental issues 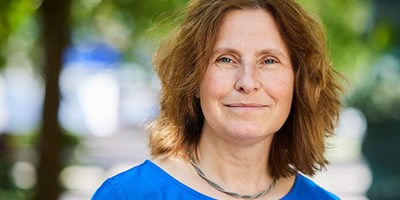