The E4 highway south of Nyköping in Sweden incorporates a base course of blast furnace slag. Photo: Merox.

In total, between 1–1.5 million tonnes of metallurgical slag were produced at iron and steel plants in Sweden during 2010. This production was distributed among a series of different slag types: blast furnace slag, LD slag, electric arc furnace slag, AOD slag, ladle furnace slag and slag from desulphurisation. The largest amount, over 70 per cent, derives from the ore-based production in blast furnaces and LD converters.
Read more about the steel production processes

Slag is an active component in the metallurgical processes and gives to steel the desired for properties. The amount of produced slag, in principle, is tied to the amount of produced steel. The composition, function and amount of the slag depend on the raw materials used, in which process the slag is to be used and the type or grade of iron or steel produced. Careful measurement models determine which slag formers must be added, when precisely and in which quantities.

Common to all slag types - through chemical equilibrium - is their function in creating the desired for steel qualities. Within the scrap-based steel industry, the slag also functions as an insulating layer on the molten steel in the melting furnace. This protects the molten steel from contact with air and prevents heat loss.

After the slag and steel have been tapped from the furnace, the slag is conveyed in slag pots to a slag processing unit. This process varies in different plants and is only described in outline here. The slag is tipped from the slag pot into slag discharge and desulphurisation vessels or is carried to some other pouring or dumping station. Different types of slag are emptied into different containers. During the slag pouring, and for some minutes afterwards, water is sprayed over certain vessels for faster cooling. For other slag types, on the other hand, no water cooling is carried out so as to retain the cementing properties of the slag instead. Subsequently, the slag is broken up for use in different products.

Slag often includes steel residues. In order to safeguard the metal values (iron and alloying elements), different types of metal extraction are commonly carried out in the slag processing chain. At certain plants this is done already in the molten state, whereby the slag is carefully poured out of the slag pot and the final metal-rich component is returned to steel production. At most plants, an operation is carried out in a cold state where steel and slag are separated, either with the aid of magnets or by gravimetric methods; this is often preceded by crushing or such like.

Just over 80 per cent of the slag produced in Sweden is employed in different ways, both internally within steel plants and externally. This is a significant change compared with the situation at the beginning of this century when large amounts were sent to landfill.

During 2010, for example, all produced blast furnace slag was effectively utilised, nearly all of which for external purposes.

All low alloy electric arc furnace slag produced is also utilised, with over 80 per cent being applied externally.

The high alloy electric arc furnace slag is more difficult to find a market for, however. During 2010, less than 20 per cent of this material found a suitable application; half of this externally.

In Sweden, the main use of the metallurgical slags is found in internal process applications (44 per cent). This indicates that the steel industry is able to capitalise on its input materials through re-use to a high degree.

About a quarter of the slag from steel production is used for road construction in Sweden; this is much less than in the rest of the EU. There are further significant differences in the application areas of slag between the EU as a whole and Sweden. In the EU, less than one half of the total amount of slag produced is utilised for cement production. In Sweden, on the other hand, the amount is less than one per cent. In the EU as a whole, the use of steel plant slag for landfill constructions is small compared with 23 per cent in Sweden.

When slags of different types are utilised, the properties most capitalised on are their bearing capacity, durability and binding capacity. Traditionally, most slags – both nationally and internationally – have been regarded as a good alternative to ballast materials. This refers to material that is usable in construction work and for construction purposes where it can replace virgin raw materials (crushed rock, moraine materials, sand and gravel).

There is scope for greater resource efficiency in construction using slag compared to using traditional ballast material – both where the actual construction process is concerned and where there is an ongoing need for operation and maintenance. Alternative ballast materials such as slag may, in certain cases, be transported large distances and still work out to be resource-efficient. Compared with most natural materials, the great majority of slags are more well-defined since they have been metallurgically controlled, already in the production process.

Many advantages with slag in road construction projects

Increased use of slag in road construction is in line with Sweden’s national environmental goals for reduced extraction of virgin raw materials, and increasing the utilisation of alternative materials. This also fulfils many of the intentions in the EU’s strategy for resource efficiency. Furthermore, through the carbon dioxide emissions from steel and slag production being allocated to the steel, the use of slag also contributes to reduced carbon dioxide emissions compared with the extraction of crushed rock.

Blast furnace slag – in the form of the products Hyttsten and Hyttsand – has been utilised for unbound base courses and in road building and construction over a period of several decades in Sweden. Where the material’s properties are optimally used, the structural layer thickness can reduced while the bearing capacity is fully retained. This implies both the safeguarding of natural resources and a financial gain. Where a highway’s base layer is made using Hyttsten instead of crushed rock, a saving of 910 m3 material/km is achieved, according to measurements from the Swedish National Road and Transport Research Institute (VTI).

In Sweden, electric arc furnace slag remains an insufficiently utilised resource for asphalt production, despite the many good properties it possesses. The market is growing at present, however.

Electric arc furnace slag from the company Ovako has been used in slag asphalt at several places in Sweden. Examples of road sections where the former Swedish Road Administration (Vägverket) laid slag asphalt include the following: the Gråda traffic circle in Borlänge (2005); the roundabout on national road 66 at the entry to Smedjebacken (2006); a couple of major roundabouts in Gävle; at the southern E4 exit and in a roundabout in the north of the city (2010).

Owing to the slag’s granular shape, the slag asphalt has a noise-suppressing effect compared to conventional asphalt surfacing. This has been measured on a number of full-scale test road environments in Sweden. Slag asphalt can, therefore, be used most advantageously in those areas where there are demands for noise reduction e.g. in densely populated areas. The good friction values referred to above depend on the irregular particle form of the slag.

The use of studded winter tyres produce considerable wear and tear of the asphalt and also engender particle formation that is harmful to health; in certain cases this exceeds the environmental quality standards as a result. Internationally, there is no experience of how slag asphalt handles this heavy wear and tear. There are indications that slag asphalt could generate fewer airborne particles than traditional asphalt surfacing. However, this characteristic is one that requires laboratory-scale testing.
Read more: Asphalt with added value (advantage-environment.com)

Research into slag asphalt is ongoing within Jernkontoret’s technical area TO 55, Steel production residues.
Read more about the research (metalliskamaterial.se)

Slag is a by-product with long-standing tradition in Sweden

Blast furnace slag has been used as a building material over a long period. It was a natural step in those days to put to good use the building materials available in the neighbourhood or local district. A construction example dating as far back as the 9th century has been found in Dalarna. However, it was only in the 18th century that slag started to be utilised in the building of houses. In the Regulation for the Foundry Masters dated 1766, the foundry masters were instructed with "slag suited for the purpose" to cast slag tiles. Slag tiles were produced in Bergslagen right up to the 1960’s. Then the last charcoal-fired blast furnace was closed down and so there was no suitable blast furnace slag either.
Book tip: Hus av slagg. Byggnadskonst i Bergslagen. 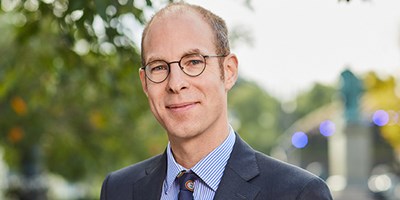 "The steel industry produces more than steel". A handbook (in Swedish) about residues 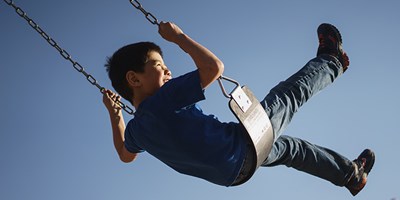