The history of mining and metallurgy in Jernkontoret’s library

From Jernkontoret’s earliest years of activity are preserved the handwritten blast furnace master reports and stamp books; a significant source material that describes the state of affairs within Swedish ore mining and metallurgy during the 18th and 19th centuries. Jernkontoret’s early official reports on the industry have been transferred to the National Archives while documents that concern the institution itself are still stored in Jernkontoret’s own archive. Amongst notable handwritten documents in the library are Reinhold Angerstein’s travel accounts of foreign journeys undertaken during the 1750’s.

The library’s collections of older printed literature were acquired during the early years of its activity. At that time it served as a reference library for the day-to-day operations of the Swedish Iron Masters’ Association. From this period date the acquisitions of the Swedish Legal Code of 1734, early examples of mining legislation (Bergsordningarna), documents of the Royal Swedish Academy of Sciences and academic treatises on subjects of mining and metallurgical science.

The book acquisitions subsequently increased in scope. From the 1830’s Jernkontoret was subscribing to several foreign publications: ‘Annales des mines’, ‘Archiv für Mineralogie, Geognosie, Bergbau und Hüttenkunde’ and subsequently other leading foreign journals within mining science and metallurgy. Exchange partnerships with foreign organisations were started as early as the end of the 19th century.

In total, this covers about 200 different works and the collection to be found in the library is practically complete. The library collection also includes Jernkontoret’s Annaler [one of Sweden’s oldest technical journals] with annexes and place name register, as well as Jernkontoret’s historical metallurgy publication series.

Jernkontorets Annaler has been published since 1817 and is, along with the French Annales des Mines, the oldest technical journal of the world still published.

Jernkontoret has in its possession a large collection of pictures with motifs from Swedish ironworks and ironworks estates, foundries and mines, waterfalls and industrial sites in the service of the iron industry. The collection covers the period from the 17th century up to the 1960’s.

Its foundation derives from the donation of the extensive pictorial collection of the works manager Carl Sahlin, the fruit of many year’s work. It was exhibited to mark the centenary of the Royal Institute of Technology (KTH) in the spring of 1919 and it was presented by him to Jernkontoret in November of the same year. This collection included a number of original watercolours and wash drawings by O.S. von Unge, C.A. Tamm, Ulrik and Thora Thersner. But the great majority comprised graphic works, well-known in the history of Swedish engraving, from ‘Suecia Antiqua’, by Linnerhjelm, Johan Fredrik Martin, Gillberg, M.G. Ankarsvärd, Thersner etc.

This original collection of Carl Sahlin subsequently grew in scope over the years, through gifts by interested persons – amongst which pride of place must go to the founder himself – as well as through purchases.

In connection with the presentation of Sahlin’s picture collection to Jernkontoret, there was a request to make the picture material of Sweden’s mining and metallurgical history more complete by recording and photographing all existing drawings and paintings with subject matter from the country’s metallurgical works and mines.

This inventory work, that continued during the 1920’s and 1930’s, was particularly fruitful. The entire picture catalogue now lists about 3,000 pictures, about four-fifths of which also includes a negative with a photographic copy. These pictures have been sought in both public and private collections. All public museums, libraries and archives were gone through for this purpose and produced a good yield. 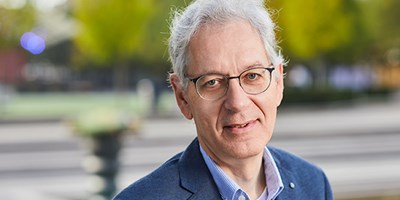 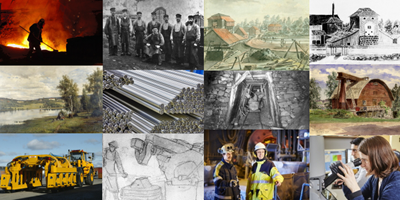 Images of drawings, paintings, photographs from the 17th century until today. 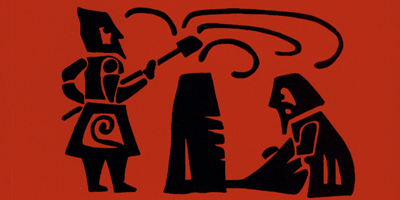 Publications on history of mining and metallurgy

Order both books and reports, issued by the Historical Metallurgy Group.